Showing posts from 2019
Show All

The Nigerian 2019 Elections is scheduled for the coming weeks, and the entertainment industry is partaking in it the best way they know how. In music, Falz the Bahd guy released his Moral Instruction album while 2Baba along with other prominent Nigerian artists released a Not For Sale conscious message in collaboration with INEC and ECES (European Center for Electoral Support). Gaming is not left out as three political games have emerged these past few months. The three political games don’t require a lot of brain power and are quite fun to play, with the best part being… they are all for free. If there is one particular presidential candidate that you like, you can now play as him/her. Or if you’re an avid card-carrying member of a political party, you now have the chance to crush other opposition parties you don’t like. Here are the 3 political games for the 2019 elections on Android APC vs PDP APC vs PDP is a fast-paced arcade game where you play as a corps me
5 comments
Read more 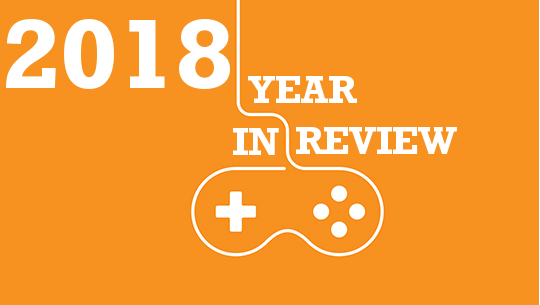 To start 2019, we've decided to  summarise all notable headlines and game releases that occurred last year in gaming. This year would see us return to a monthly summary eventful stories that happen throughout 2018. Also if you're interested in previous versions then you can rea d 2017 here and 2016 here .  January ChopUp and Gamsole were chosen to be amongst the 20 startups being featured in Mobile Africa's documentary about African innovation, entrepreneurship and the rise of mobile technology . February Deluxe Creations Studios' Edu Shola spoke on his life as a game developer and how he intends to solve an environmental problem using a game . March Financial Times writes a piece on how Nigerian Game Developers fight for their piece of the global mobile gaming market . ChopUp secured a worldwide distribution deal with GameMine . April Bestman Games launched their first video game . The tabletop gaming company decided to release a digit
1 comment
Read more
More posts