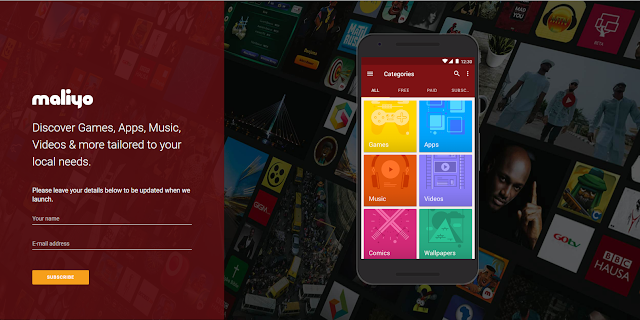 So last month before Techplus 2017 commenced, I went to check out Maliyo's website and saw this to my surprise. At first I thought Maliyo were going through some kind of restructuring (I mean the company itself), since Techplus introduced Hugo Obi on their website as Manager of Maliyo instead of the usual CEO of Maliyo Games as we've come to know. But my bump in with Hugo at the Maliyo stand during Techplus cleared up any misconceptions I had. Instead its more like re-branding for Maliyo to be a content aggregator as the website says, "Discover Games, Apps Music, Videos & more tailored to your local needs". Maliyo Games will continue to exist, making in-house games as well as contributing content to aid the store. It is a well know fact that this wouldn't be Maliyo's first attempt at a local store. Gidi Apps was the very first one but it seems practically inactive now. Re-branding it as Maliyo with a few additional improvements smells more like a version 2.0 and could well launch it to become more popular. Below is a preview of the platform but it is still under development. For now I think it's only for the Android OS, but there are plans to take it further.

Funny thing is that I have heard of two other companies attempting the same thing with the end goal being a cross platform Mobile Network Operator (telco) enabled local store. Which would provide competition for the already existing MTN, 9Mobile and Airtel local stores. I'm sure that Globacom have their own store but I'm not sure it possesses locally made content. And I also haven't heard anything for some years now, so I always leave them out.

In addition to our discussion, Hugo also introduced me to the Mona Pay platform. Mona Pay is an airtime payment solution for digital content providers in Nigeria. Mona Pay allows one off payment and subscription charges as well as in app consumable purchases. I wondered why it couldn't have been called Maliyo Pay since it complements the store, but Hugo said marketing had already begun with the name Mona Pay before the store re-branding came to mind. Finally the sweet part (always save the best for last), I recently heard from a reliable source that Mona Pay also has a Unity SDK integration. Cool right?
Local Stores Maliyo Mona Pay Payment Solution