How to Finish A Game (Avoiding Feature Creep) 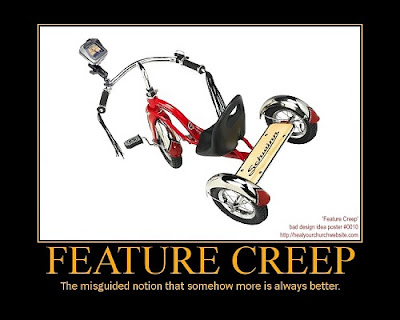 I remember reading this write-up some years back when I was just starting out and it helped. It's a really serious matter that I think newer devs overlook. Heck I even have a friend who hasn't finished a game since 2012, that's like 5 years now (jeez!).  I remember I kept telling him to at least release a demo, you know at least for some motivation. But I think the work has gone stale now.

The website is down and I've not heard any update since August 2015, when he put out a blogpost saying "Not Given Up Yet". So I know how important the write-up I'm sharing really is. The usual thing that occurs is the newbie is trying to build this massive game for their flagship title, then months or years fly by and motivation and even interest start to dwindle.

I'd leave you with one last quote I heard, can't remember from who though. But here it goes "The easiest way to kill your game is by not killing features".
Game Development